Frank (name changed for privacy) is a 72 year old gentleman who worked hard to provide for his family as a truck driver before retiring. He suffered from diabetes, which became associated with a host of other ailments such as osteoarthritis, severe dermatitis and obesity. These conditions prevented Frank from enjoying the road trips that he and his wife used to love.

Like most of the 30 million Americans suffering from diabetes, Frank was told that he would have diabetes for the rest of his life, since the medications he was given only suppressed the symptoms without addressing the root causes. And now with the pandemic, people with diabetes or other chronic conditions also face significantly greater risk of becoming severely ill from COVID-19 (according to the Center for Disease Control).

Fortunately for Frank, he learned that diabetes can be put into remission with healthy lifestyle changes. Fueled by hope for being able to travel again, Frank made a few changes to his daily habits. Now, his diabetes is totally in remission, his osteoarthritis has improved dramatically, and his severe dermatitis has almost entirely disappeared.

Frank began to eat mainly whole foods, plant-based meals. Research shows that a high fiber diet rich in legumes, vegetables and whole grains reduce the risk of developing diabetes by up to 50%. Frank didn’t think that vegetables were enough to satisfy him, but with the help of his doctor and care team at Lifestyle Medical, he and his wife learned to cook a variety of hearty, delicious plant-based recipes that he now enjoys.

Frank also made time in his routine for exercise, and used this as an opportunity to connect with friends. Taking advantage of weekly meetings with a close group of people who were on also on a journey to better health, he lost 43 pounds in 4 months. Frank and his wife are now enjoying their road trips again.

If you have diabetes, don’t settle for just taking pills that only mask your symptoms. Diabetes can be put into remission. If you would like a doctor and community to empower you to make healthy lifestyle changes, feel free to meet us by scheduling an appointment. 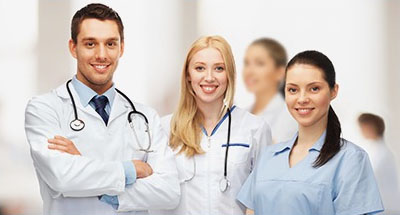 We know how it feels when health issues get in the way of activities that you used to love, or spending time with your loved ones. Lifestyle Medical is a primary care provider dedicated to empowering people to make healthier lifestyle choices. Many of our members have reversed chronic conditions, reduced medications, and regained their energy and joy.